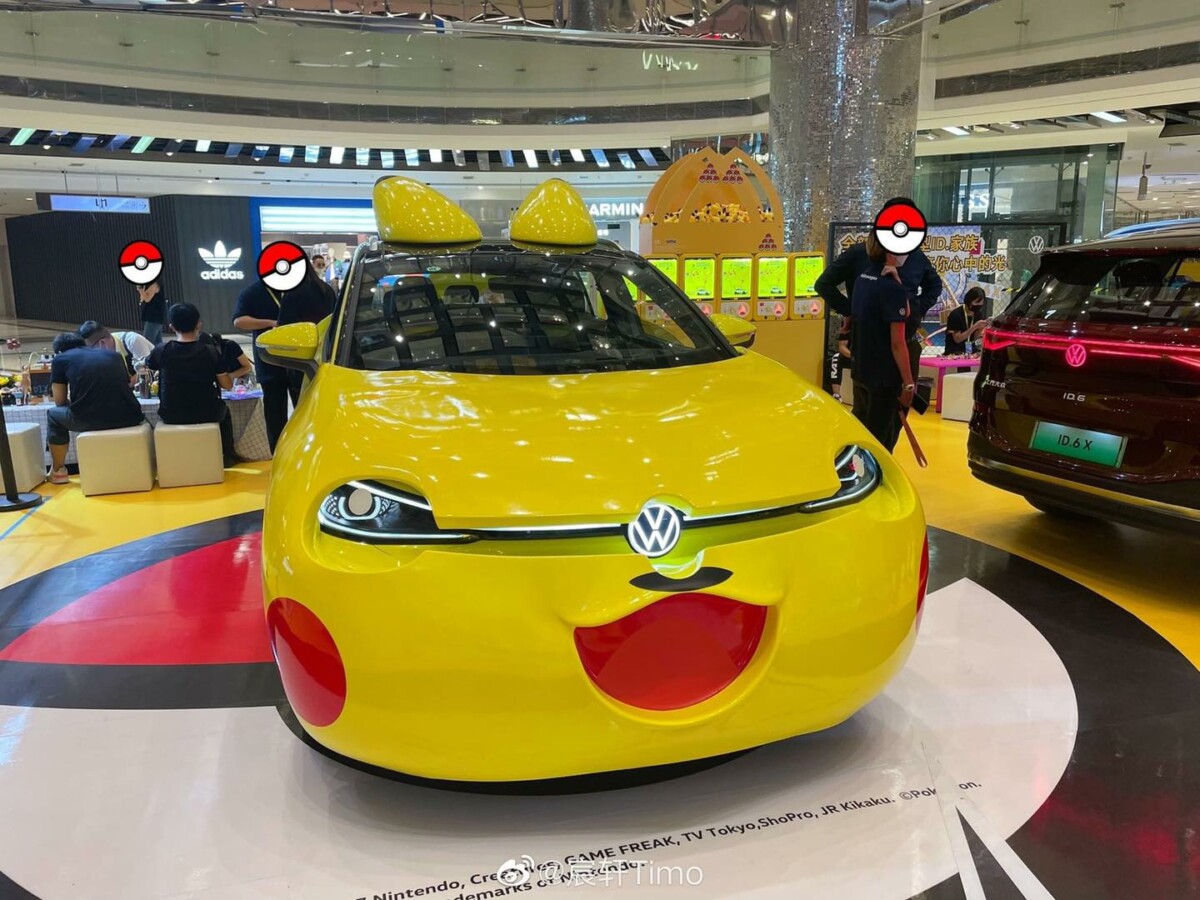 To highlight its new 100% electric ID.4 X SUV in China, Volkswagen is occasionally joining forces with Pokémon to unveil this curious “Pikachu-mobile”, bearing the image of the most famous electric figure on the planet.

Pokémon is undoubtedly one of the most famous franchises in the world. Derived in cards, soft toys, cartoons, applications, its products are snapped up all over the world, to amuse young and old. It is now a car that is making its grand entry into the Japanese universe: a Volkswagen ID.4 « Pikachu », In the colors and effigy of the iconic creature.

It’s a great communication blow set up by Volkswagen and his ally SAIC on China. On the occasion of the promotion of the new Volkswagen ID.4 X, 100% electric SUV of the brand, what could be better than to dress it up as one of the most famous characters in the galaxy Pokémon : Pikachu, known for his electrical powers (hold on!) and his angelic face.

If we recognize at a glance the general appearance of the production ID.4 X, the brand has grafted it a whole bunch of appendages to make it look like the little Japanese animal. The entire front part is camouflaged by a large bumper on which a fake mouth, from red cheekbones, And two circular holes to act as eyes. At the rear, this funny vehicle has a longue queue, while the roof receives a additional pair of ears. A real ” Pikachu-mobile » !

This model is obviously not intended for mass production and marketing, but it was a funny way for Volkswagen’s praise the merits of this new SUV, on which rest much of his hopes. A curiosity unique to China: another version of the ID.4, called ID.4 Crozz is sold there, distributed by its other Chinese partner, FAW. Definitely! Since Dieselgate of 2015, Volkswagen is trying to redeem an image in the electric, and multiplies the models equipped with this engine.

30 km / h. The map of France with the cities where the limitation is lower

The car remains popular for going to school