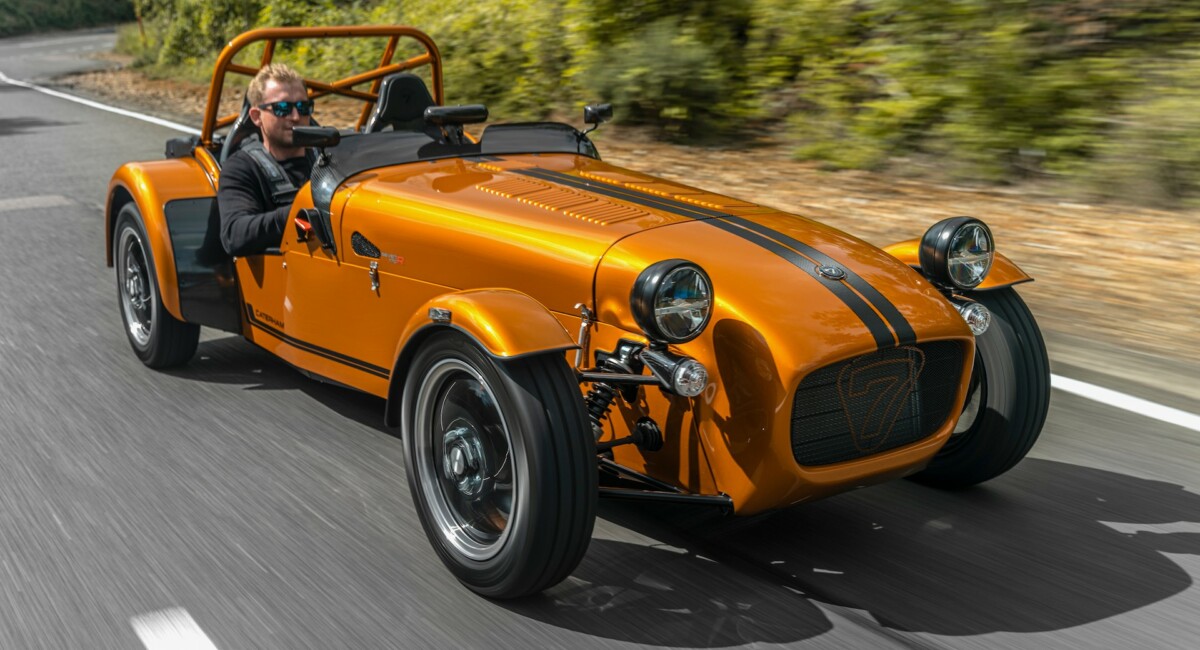 A real sports car with a modest 84 hp engine? Don’t laugh too quickly since this Caterham Seven 170 weighs only 440 kg! And it is rather accessible …

First of all, why this headline? Because Caterham is certainly one of the most environmentally friendly car manufacturers today. With some lightweight models with small displacement engines, it takes little material to produce a car. And yet, the driving pleasure is immense. So as if that were not enough, the manufacturer launches this Seven 170, the lightest and most compact model ever launched.

The Caterham Seven 170 is much smaller than it looks in the photos. With less than 3.2m long, 1.46m wide and 1.09m high, it goes everywhere! And almost under the parking barriers so be careful. A funny anecdote? These reduced dimensions give it the homologation ” kei car In Japan, the mini-car category. It thus benefits from an advantageous tax system, which is not the case in France (apart from the absence of malus). Its CO2 emissions are only 109 g/km !

It must be said that the antipollution standards had decimated the range in Europe. Crawley’s firm had no more than Seven 275 et 485. In 2020, these beautiful people were joined by the Super Seven 1600 that we tested, a retro reinterpretation of the vintage model. Otherwise, this novelty does not really differ from other cars aesthetically. We still find this frog’s head, two nose screens and a hoop to stiffen the body and protect the pilot in the event of a rollover.

No surprises in terms of engines with the return of the little one original Suzuki 660 cc turbo three-cylinder engine. It was already fitted to the previous generation of Seven 165 between 2013 and 2019. But this time it is inflated to 84 hp and 116 Nm, which remains very reasonable. The cheat is that this scale model weighs only 440 kg empty less than any old or modern car. This allows him to reach the 100 km / in 6.9 seconds all the same. Only the top speed is limited to 180 km / h because of its very particular architecture.

This Caterham is obviously still rear-wheel drive and transmits its power via a five-speed manual gearbox. Classic but efficient and fun as it should be. The Seven 170 also wears 14 ″ rims with narrow tires (155 wide).

Finally, the novelty comes in two versions. We find the basic model called 170S which is displayed at 35 394 €. But it is above all the ” R »Which attracts our attention with a panel of equipment designed for a track use. Sport suspension, limited slip differential, bucket seats and carbon interior: sport is here. It will simply be a little more expensive starting at 37 188 €.

After the Countach, Lamborghini announces a new revival