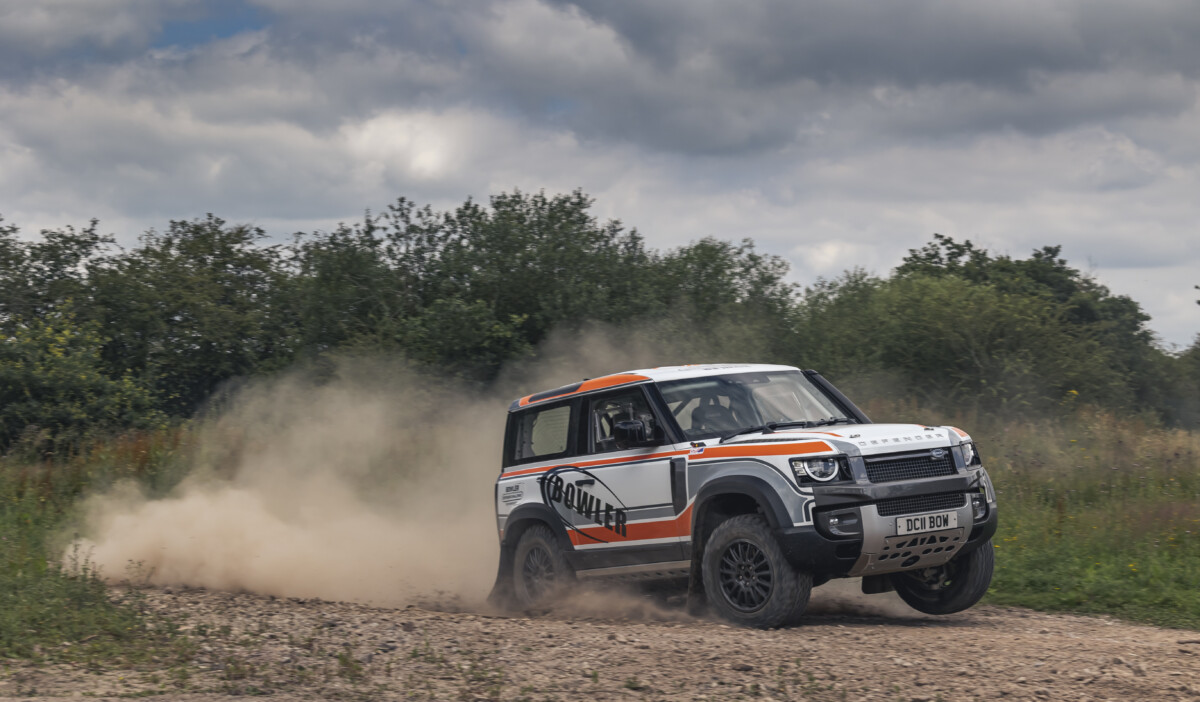 Want to go on an adventure in competition behind the wheel of a new Land Rover Defender? This version modified by Bowler may be for you!

Are you a Land Rover Defender fan, but find the modern version a bit too “soft”? Bowler may have the solution for you. A name that might ring a bell. For others, Bowler is a British workshop specializing in the preparation and construction of racing Defenders, often very edgy.

Until then, the preparer was only tackling theold Defender, but the workshop has since been bought by Jaguar Land Rover, which wants to make it its in-house preparer.

Bowler therefore tackled the all-new Land Rover Defender this time. Outside, we immediately notice the big wheels and special tires that go with it.

Behind this set are tailor-made suspensions which increase ground clearance by 25 mm. The sills have been protected, and a modified shield lets in more air, and houses rally headlights.

Under the hood, a little disappointment for fans of the Defender V8 for which Bowler is famous: we find the four cylinder turbo petrol. It produces all the same 300 ch, enough to have fun off-piste!

Inside is race atmosphere. We discover a roll cage, bucket seats, harnesses, and a stripped-down central console to accommodate specific commands. There are also steering wheel paddles designed exclusively for this Bowler Defender.

So why so much effort to modify this new Land Rover Defender? The aim is to create a specific championship at the British adventurer, the Defender Challenge. Twelve crews will compete in the UK across 7 rallies in 2022.

In the spirit of the Porsche Supercup, the goal is also to introduce the competition to customers who will then be able to progress on the international scene.

Tempted to face off-road rallies behind the wheel of this brand new Defender prepared by Bowler? A check from 99 500 £ (106,020 €) will give you a Bowler Defender, a place in the championship, and a technical team for the 2022 season. To get things right, you can also pay extra for practice sessions, a logistics team, and an assistance vehicle.

Ferrari 250 GTO - Sentenced in cassation to reimburse it