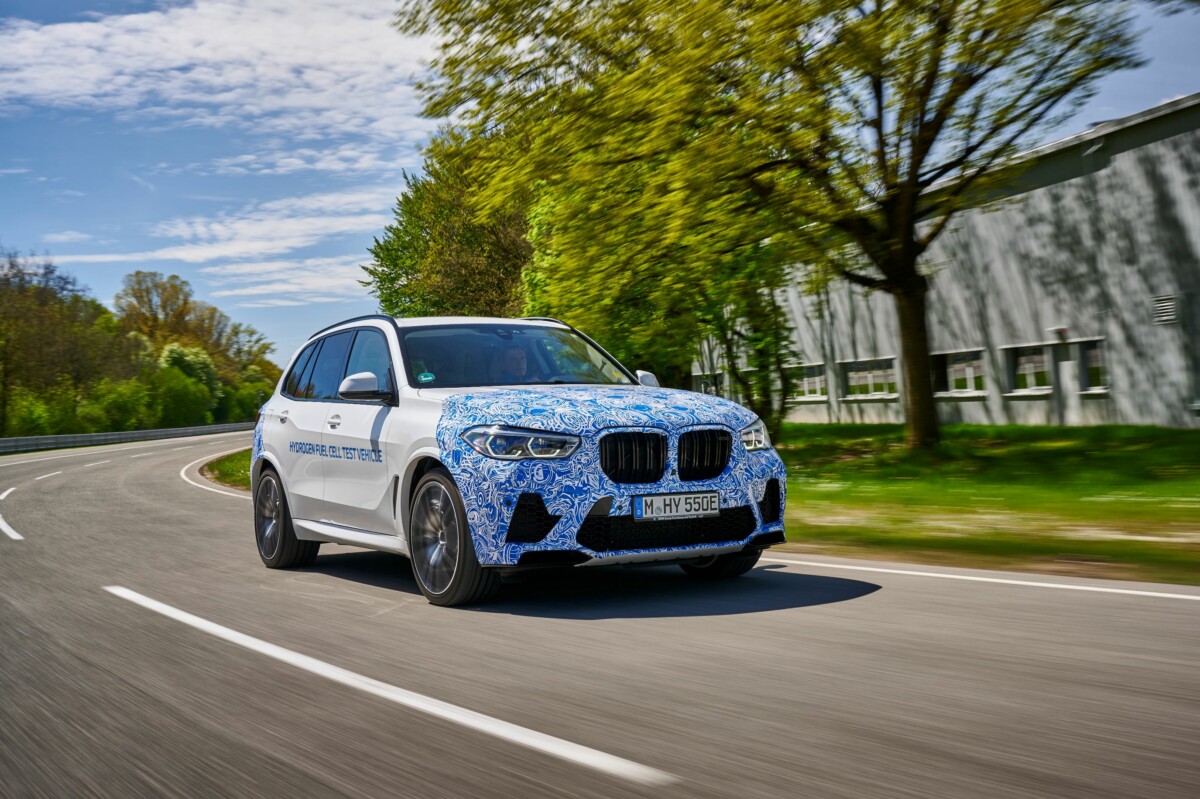 BMW begins road testing of the i Hydrogen NEXT, the fuel cell version of the X5. Small series launch planned for 2022.

Let’s go for the BMW i Hydrogen NEXT ! Prefigured from September 2019 by a concept and unveiled at the beginning of May, the future fuel cell version of the X5 has just start testing in real conditions. The first prototypes went to test themselves on European roads.

These first laps of the wheels in particular must allow BMW engineers to verify the effectiveness of the specific chassis and electronic systems of the vehicle.

The i Hydrogen NEXT is equipped with the same electric motor as the iX3 but its total power has been increased to almost 374 hp, against 286 hp for the zero emission X3. For comparison, 374 hp is exactly the power of the most powerful inline six-cylinder gasoline engine currently used in BMW models.

The SUV also embeds two tanks 700 bars of carbon fiber reinforced plastic (CFRP), capable of holding together up to six kilograms of hydrogen. The full could be done “in three to four minutes”, according to BMW and the range would be “several hundred kilometers in all weather conditions. », Adds the brand.

Discover the BMW i Hydrogen NEXT in video.

“The recently launched test program will pave the way for the presentation, at the end of 2022, of a small series model with this sustainable drive technology, developed on the basis of the BMW X5. », Added the German firm. See you next year to discover the final result …

Crit'Air vignette: resistance against EPZs is getting organized

Two-wheeler parking will become chargeable in Paris in 2022