Event: the comeback of the Goodwood Festival Of Speed! 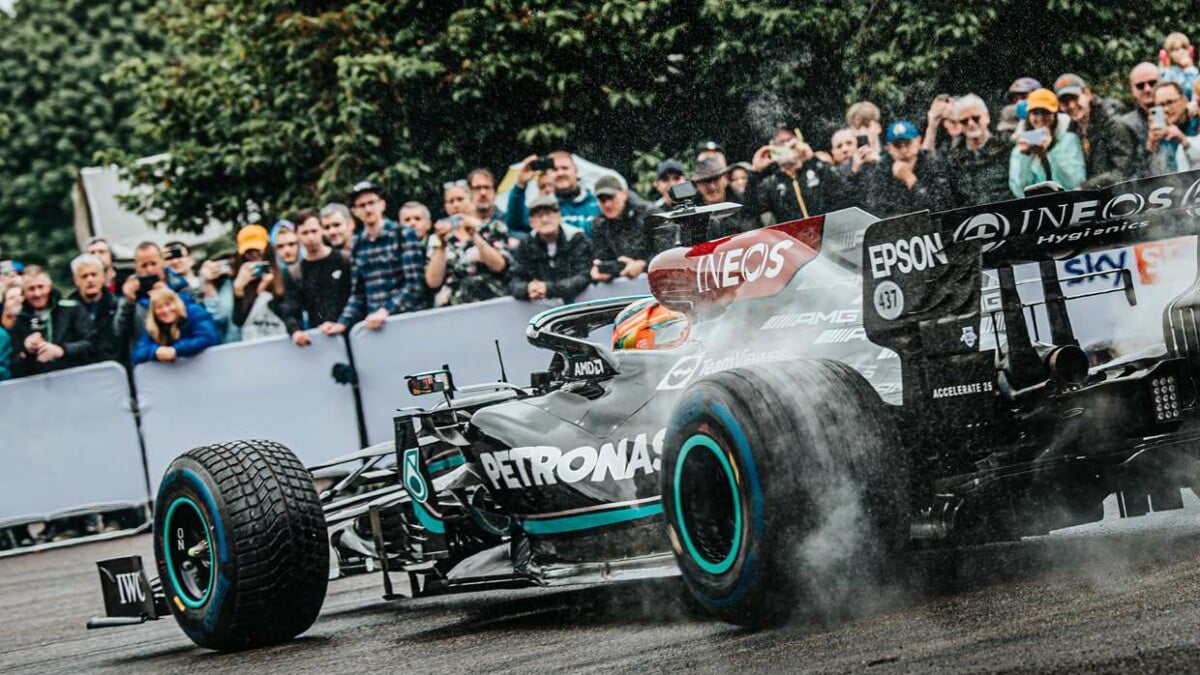 The Goodwood Festival of Speed ​​closes its doors this Sunday, July 11. We refer to this event which returned in 2021 after a break in 2020

Having started Wednesday July 7 to end this Sunday July 11, the spectators were able, as usual, to take the opportunity to put their eyes on them. A brief overview of the highlights of this 2021 Goodwood Festival of Speed.

After a blank year, the Goodwood Festival of Speed ​​was eagerly awaited by all lovers of fine cars. For the occasion, many manufacturers have responded.

The biggest surprise comes from Kia participating for the first time. The Korean brand came to present its EV6, a 100% electric model. But the one that should win the favor of the public is undoubtedly the Stinger GT40. Its V6 2.2 biturbo is pushed to 422 hp and was only planned for one thing: to show off at Goodwood!

Ford announces its future in the WRC. If today it is the Fiesta that appears in the World Rally Championship, next year it will be the turn of the Puma to be the star. This will be the first time that an SUV will represent the brand on the oval. This change comes as the WRC begins a small revolution in integrating hybridization from 2022.

BMW came with the new generation of his Coupe Series 2. The good news is that the latter is now based on a Series 3 and 4 platform. He can therefore always take advantage of the 6 cylinders in line and rear wheel drive.

The V8 in the spotlight

Le V8 5.0 Supercharged by Jaguar is well known to automotive music lovers. Those present at the edge of the track at Goodwood were able to enjoy his vocalizations escaping from the hood of the new F-Pace SVR. Strong of 550 ch, it’s a safe bet that he is one of the last of its kind….

Still in terms of 4 × 4 V8 but on a different philosophy, Land Rover has landed with its Defender armed with a 525 hp V8! If he is at home in the English countryside, he should not mismatch in the beautiful parts of London (or elsewhere)!

The British preparer Powerflex is spectacular with a Mini whose original 4-cylinder has been replaced by a V8 4.0 of 414 hp! Original BMW, the latter was slipped with a shoehorn in the engine bay of the small city car and offers it a hell of a performance boost!

Lamborghini rolled his Huracan STO (Super Tropheo Omologata) for the first time in public. Closer than ever to the competition, it does without all-wheel drive for more sensation. Its V10 meanwhile, still develops the respectable power of 640 hp but adopts a more aggressive mapping. The V12 was also in the spotlight with the presence of the last of the Aventador: the Ultimae.

Ferrari is coming in force. If the novelty is the Portofino M, the Prancing Horse also brings its standard bearer in its luggage. SF90 hybrid with 1000 hp. An already cult Monza SP2 will also be present. A piece of history will also be there with a superb Ferrari GTO from 1962.

Maserati is also present with its MC20. The descendant of the MC12 embarks a 630 hp twin-turbo 3.0 V6 directly inspired by F1. Maserati obliges, the line is obviously one of the strong points of the car and did not fail to catch the eye of the visitors.

The Valkyrie is surely one of the most anticipated cars of recent years. The AMR PRO version takes advantage of the Festival of Speed ​​to make an appearance. The show is also in the cockpit since it is the F1 driver Lance Stroll who was behind the wheel of the beast. As a reminder, his Atmospheric V12 develops 1014 hp and can take up to 11,000 rpm! The 0 to 100 is a formality swallowed in 2.5 seconds while the maximum speed is 400 km / h!

The competition of yesterday and today

As usual, the spectacle was also assured. Drifting was expected, but it is especially the competition cars that are the most anticipated. Sébastien Loeb’s 2004 Citroën C4 WRC was part of the game. The F1 are obviously there. We could see the 2019 Mercedes AMG F1 W10 or the Ferrari SF70H from 2017 have fun on the piste. Williams, McLarens, and Red Bulls from all ages were also present.

Video - Have you ever seen a Mercedes V-Class fitted with a V8?

Mazda MX-30 will not receive a rotary engine yet

Will the Lambo Aventador SV beat the Ferrari 488 Pista and Porsche 911 Turbo S?