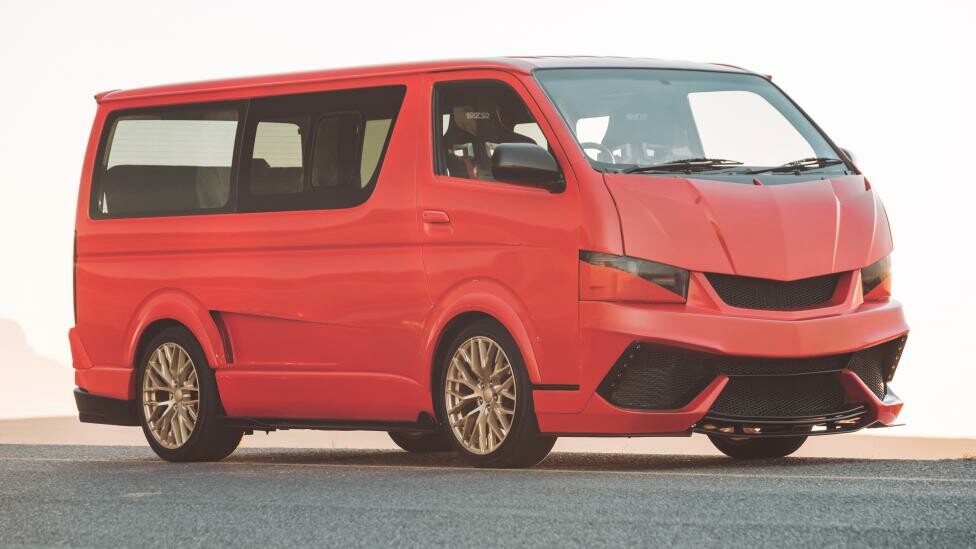 We have already seen in the past some manufacturers daring to offer sporting versions of their minivans. Today, it is an (unofficial) copy of Toyota Hiace that is talking about it… With its 600 horsepower V12 engine!

When we talk about minibus or from van, it is usually not no question of sportiness. To the function above all utility, dedicated to the transport of goods or passengers, these vehicles generally do not stand out with dynamic silhouettes. And even less by their any outstanding performances.

In any case, that is not their primary interest: they want each other first practical, functional and reliable over time. the Toyota Hiace is one of those, cargo or passenger van that floods the roads of Asia, Africa and South America from its first jet launched in 1967.

But it’s a funny example of the Toyota Hiace which recently caught our attention. The latter is located in South Africa (referred to there as Toyota Quantum). Its owner made it up with salient, aggressive features and a radical red paint that almost gave it sports car tunes !

This was made possible by installation of a specific kit – to the (false?) Paces of Lamborghini – from Japan. a body kit that modifies bumper, sill, grille and lights for more customization and aggressiveness.

As this aesthetic modification was not sufficient, the original engine was replaced by a 5.0 V12 from a Toyota Century (we do not mix tea towels and napkins!), developing the trifle of 600 horsepower !

As much to say to you that the sluggish and nice minibus of origin turned into a kind of war lightning, speed monster, but no aerodynamics! It is not known how it will be used on a daily basis. But we could see it in express shuttle for trips downtown – airport for example!