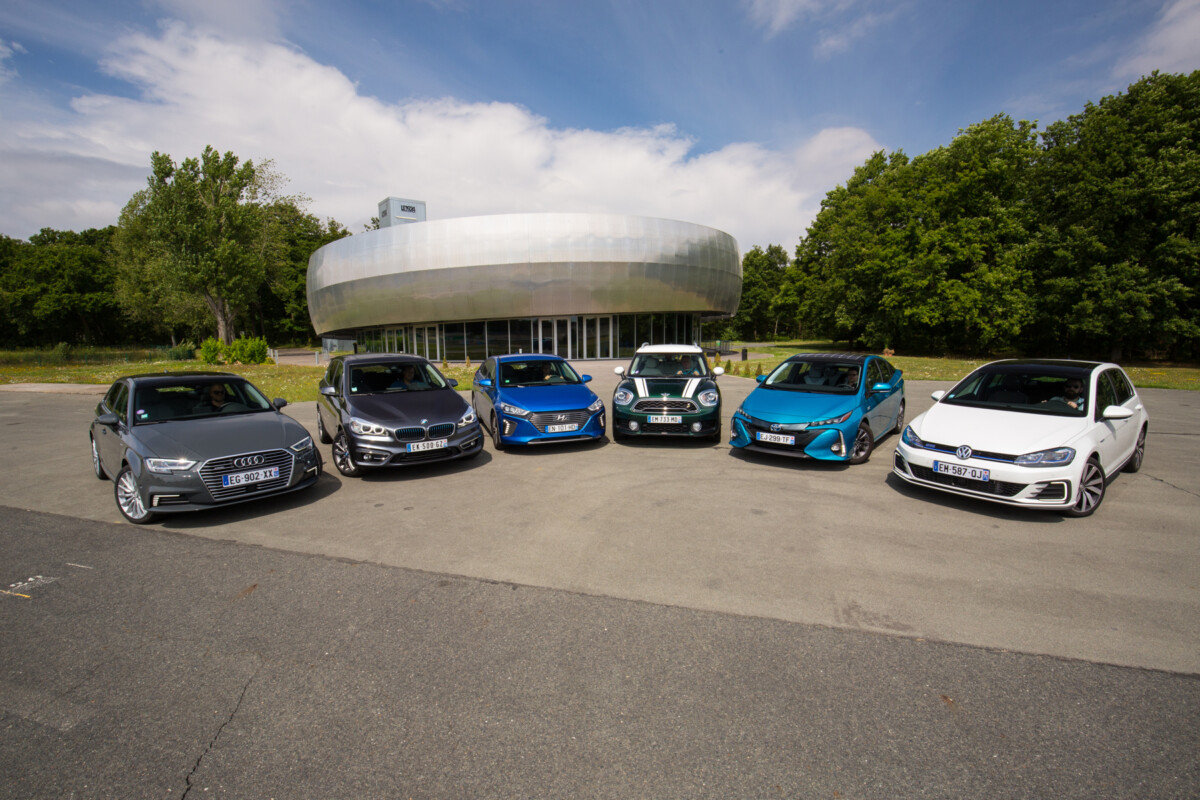 A Swiss study denounces rechargeable hybrids, which would be a scam to CO2 measurements. But in “real life” they might still be relevant.

In 2022, almost every major manufacturer will have a plug-in hybrid in its range, or even several. For good reason: this engine is full of advantages, on paper. By combining an electric motor and a battery capable of a range of around fifty kilometers with a conventional heat engine, rechargeable hybrids can, in theory, combine the qualities of electric and heat. On a daily basis, drivers drive in all-electric mode, and for long journeys the internal combustion engine takes over. But now, in reality, the whole would be far from being so virtuous as that, according to a Swiss study.

This study, commissioned by the authorities of the canton of Valais and carried out by Impact Living, a consulting firm. The objective was to study the relevance of aid from the canton for the purchase of a rechargeable hybrid. And the results are not good for plug-in hybrids. So much so that Marc Muller, one of the study’s authors, declared in the media that PHEVs are ” a CO2 standards scam, climate goals and consumers”. The words are not minced…

So what does this study say? It confirms what any informed consumer already knows: WLTP standards greatly underestimate consumption and emissions from plug-in hybrids. Indeed, in this test protocol, manufacturers are free to drive in all-electric mode for long kilometres. Result: the average consumption announced is derisory, often below the 2 L/100 km mark. And, according to Impact Living, which studied the behavior and journeys of around twenty owners of plug-in hybrids (Mitsubishi Outlander PHEV, Volvo XC60, Opel Grandland X, and Ford Explorer), the actual fuel consumption is 116% higher on average than the figures announced by the WLTP. That’s more than double! On the emissions side, we discover a surplus of 26% compared to the announced data.

Impact Living also took the opportunity to calibrate its study against thermal vehicles. There, the company notices that the WLTP test is very well calibrated against real-world use, even in this mountainous region. The study therefore concludes that plug-in hybrids are only a facade for benefit from “CO2 super-credits” in Europe, while the environmental benefits are minimal. But there are some limitations to this study.

First, this study was carried out in the canton of Valais, a mountainous region. This road profile, as the study shows, is not not particularly favorable to plug-in hybrids, since owners often live at altitude, and do not benefit from regenerative braking when they leave home with a full battery. Next, note that the study compares these PHEVs, often powerful SUVs (most between 200 and 250 hp), to smaller and less powerful thermals, all with equivalent or lower consumption for hybrids. Finally, this study aims to study the emissions and consumption in real and current uses.The latter are still too unsuitable, due to misunderstanding or lack of information.

Misleading WLTP standards, but a use that may be relevant

What is not debatable is that WLTP standards are misleading compared to the actual consumption of these vehicles, and this has no comparison with the WLTP figures recorded for simple thermals. Consumption and emissions are much less interesting than manufacturers and governments would suggest. On the other hand, with a geographical context closer to the average user in France, and above all with more suitable uses to these engines (daily charging of the battery, short and urban journeys in electric mode, non-charging of the battery while driving on long journeys), PHEV can be advantageous compared to thermal pure. Admittedly, it is almost impossible to reach the values ​​qualifying the manufacturers for the ecological credits (less than 50 g of CO2/km). But figures of the order of 120 g of CO2/km are possible. It is a real improvement compared to a thermal of comparable power.

In conclusion, plug-in hybrids are indeed a way for manufacturers to bypass CO2 standards, which should be the subject of a special procedure for these vehicles. On the other hand, behaviors of PHEV drivers remain very inadequate compared to a optimal use. But if these behaviors are corrected, plug-in hybrids remain an interesting alternative, in very specific cases (short daily journeys, possibility of frequent recharging).