Video: a 706 hp Mitsubishi Evo takes on the Autobahn! 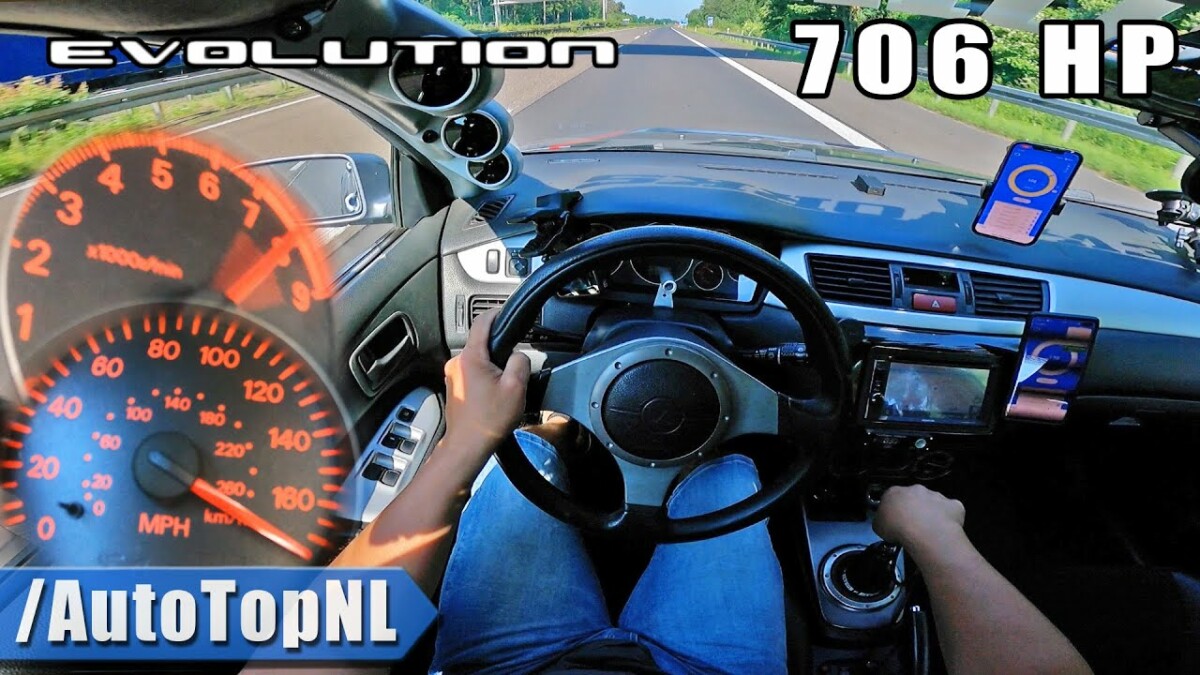 The German highways are sometimes witnesses of impressive speed peaks in machines hardly more modified than this Evo 9!

The 4-cylinder Mitsubishi EVO is known to be able to accept heavy modifications that can increase their power impressively. The least that can be said is that the copy which achieves this peak of speed no longer has much originality when we see the number of meters hanging on the amount of the windshield..

Developing 706 hp and 808 Nm of torque, we are indeed very far from the original values. Thanks to her 4-wheel drive, this Japanese woman is able to reach 100 km in just over 3 seconds! All despite a manual gearbox! As for its top speed, it is also very high. Announced at the start of the video, at the bottom left of the image, it should be 280 km / h, but once on the Autobahn, it looks like it can go much faster!

Once launched on the German highways, whether it is that of the speedometer or the tachometer, the needles panic and the numbers scroll with disconcerting ease. Our driver for the day then reached 280 km / h more than quickly and easily! It even exceeds the meter limit! It remains to be seen whether these modifications impacted the reliability of the engine …

Check out the video of this Mitsubishi EVO 9 speedboat below:

Mercedes Class A (2022). The restyled compact surprised in full test

Ferrari 250 GTO – Sentenced in cassation to reimburse it

F1. Alain Prost tells his story behind the wheel of the Alpine A110 Légende GT

The electric car, an equipment for wealthy households