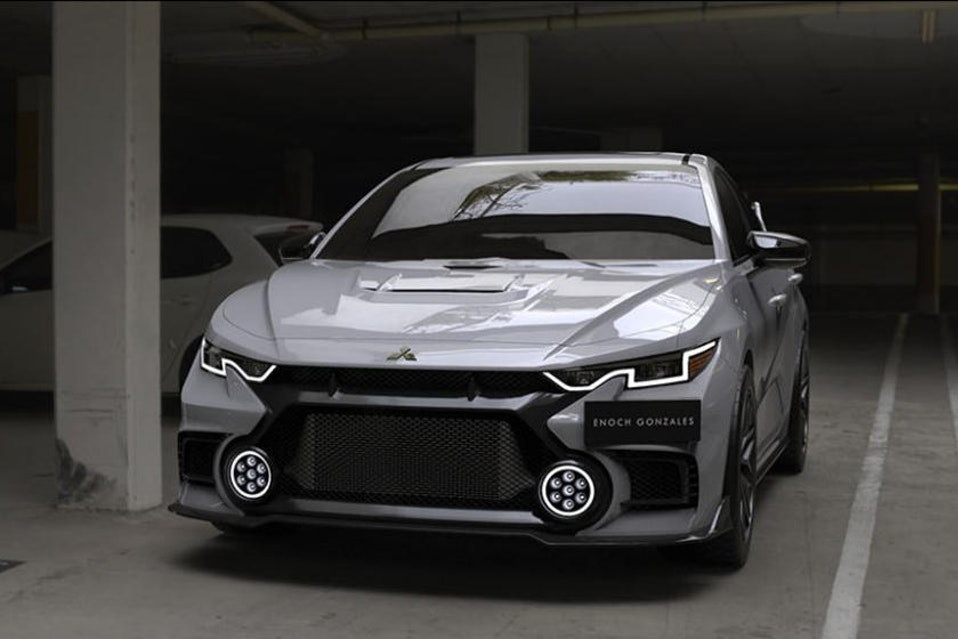 Ever since the Lancer Evo was discontinued, fans have been desperately awaiting its return. Some of them even imagine what it might look like, like this successful concept to say the least!

In 2015, the honorable and legendary line of Mitsubishi Lancer Evo died with the 10e by name. This family born in the flames of rallying also owes its fame thanks to its rivalry with a certain Subaru Impreza STi. A duel to the death between two 4-cylinder and 4-wheel drive sedans in which neither of the two opponents really emerged victorious. Until then, we portray a scenario worthy of a Hollywood movie!

Since the model’s discontinuation, fans have been anxiously awaiting its return, and some more than others apparently. This concept imagined by Enoch Gabriel Gonzales is convincing to say the least.. We find the strengths that marked the previous generations, namely a sedan body and an inspiration decidedly focused on rallying. What a look! One thing is certain, we would not like to see such a machine arrive in its retro on a small mountain road..

… Which will most likely remain at the concept stage

Unfortunately, seeing the return of such a legend seems unlikely, the fault of ever stricter CO2 standards. Yes, one could imagine a hybrid version, even electric. But let’s face it, a Lancer Evo without a roaring heat engine, it’s not quite the same …

Also, Mitsubishi has not been at its best lately. The brand even decided to freeze its projects on the Old Continent to focus on other markets. This Lancer Evo XI will most likely remain as a concept and we must admit that it is a shame.

Road checks: the reporting of networks soon to be regulated