Unusual: a giant hole swallowed up several cars in Jerusalem 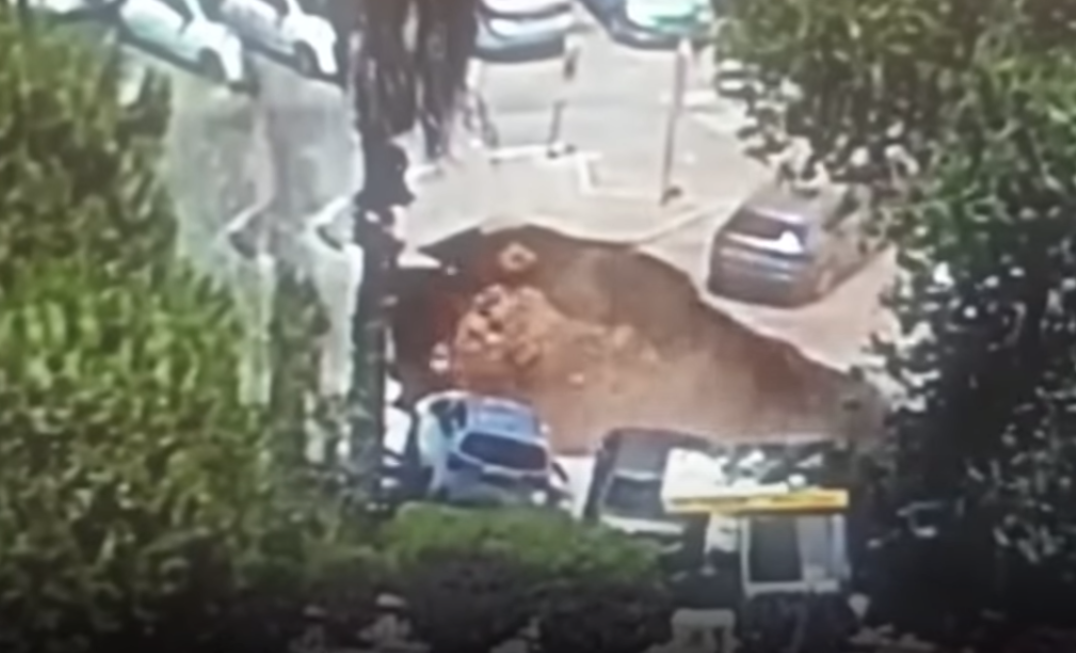 In Jerusalem, surveillance footage shows a giant hole forming in the parking lot of a hospital and engulfing several cars.

The video could come straight out of a film disaster. However, these are very real facts.

On the CCTV footage, we can see a giant hole suddenly train in the parking lot of the medical center of Shaare Zedek, in the town of Jerusalem.

A first white car appears to be the first to fall into the abyss, and as it continues to widen, two other vehicles also fall into it.

It didn’t take long for local authorities to arrive at the scene and quickly determine that no one was in any of the vehicles when they fell into the abyss.

Work on a nearby tunnel involved

The real cause of this phenomenon remains to be determined. However, it is reported that tunnels were being dug near. What could have played a role in this disaster. Unfortunately, it seems obvious that the three vehicles that fell into the abyss are no longer recoverable.

For the sake of the owners, it is hoped that their insurance companies will cover such damage … Caused in a natural way.